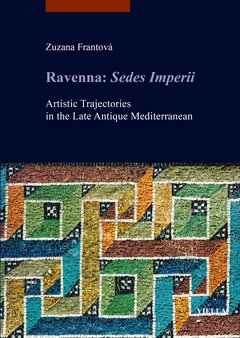 Ravenna was one of the most significant administrative, political, and religious centres of the late antique period. This book focuses on the period between the transfer of the imperial court to Ravenna (402) and the last western emperor Romulus Augustus’ deposition by the Germanic commander Odoacer (476), a period when Ravenna was the seat of western emperors. The book is premised on the author’s conviction that individual surviving examples of architecture, along with their decoration, sarcophagi, ivory, and gold objects, can be best understood not only by examining their historical context and iconography, but also looking at the very material of these objects and how their production was organised. The book therefore focuses primarily on craftsmen and their traditions, and deliberate breaks with tradition, and on the way workmen moved about the late antique world and thereby fostered the exchange and spread of technology and artistic models. It thus present Ravenna not as an isolated phenomenon (as Ravenna is very often presented in the literature) but as one of many players in the political, ecclesiastical, and social games of the late antique world.

Zuzana Frantová is a PhD student at Masaryk University in Brno and at the Lausanne University.