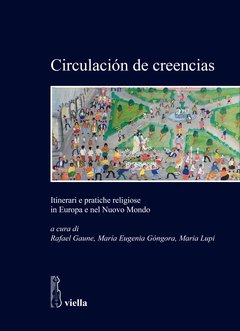 The issue of the access to education for women and the possible forms of female teaching in the ancient world and within the Christian communities of the first centuries has been analyzed through different perspectives and several disciplines, even though the available sources are somehow erratic. Discussing the position that within the Symposium of Methodius (270-290 C.E.) seems to be assigned to the virgins in the field of the access to religious education and teaching, this paper aims to identify the roots of the connection between the birth and the development of specific female ascetic models with precise didactic, educational and catechetical skills that are recognized and attributed to the virgins. Despite the literary fiction, that is the true vehicle of images and cultural conceptions that need to be deciphered, we can affirm that the Symposium, in which the process which attests the growing prestige of virgins at the expense of widows is clear, describes and “codifies” a new model of virgin (the “virgin διδάσκαλος”).

The chapter analyzes the preaching of Augustine of Hippo. In the first place, the characteristics of the preaching as a communicative act are exposed, following the orientations of the linguistic pragmatics of John Searle. Secondly, ancient Christian preaching is described in its specific theological sense. Finally, the text shows the character of the preaching according to Sermon 52 of Augustine. Preaching appears as a means of transmission of the faith. It is a way of putting in contact the audience of the faithful with the mystery of the divine word, promoting its free and loving reception.

Hildegard of Bingen (1098-1179) wrote several letters related to the main themes of her preachings pronounced in several towns and monasteries during the 1160s, advocating for the reform of the clergy; many of these letters were reinterpreted after her death. Purpose of this essay is to analyse these letters in the context of the campaign against the so-called “Cathars” promoted by religious men and women of her entourage. In these documents, Hildegard describes the seemingly devout appearance and mores of various contemporary dissident groups of men and women, some of whom were condemned and burned at the stake. Significantly, however, she explicitly disagrees with their execution and, moreover, she never calls them “cathars”, the name given to these groups by her contemporary Egbert of Schönau. Instead, she names them “sadducei”, who were the enemies of Jesus in the Gospel narratives, or simply “errantes homines”. It is probably the indeterminacy of their description and naming, which allowed for the new interpretations of Hildegard’s letters in the following centuries, and for her reputation as a visionary and a prophet.

This article focuses on the four initial books of the Natural and Moral History of the Indies published by the Jesuit José de Acosta in the year 1590. In these books there is a constant use of the ancient authors in order to confront the nature of these Indies with that described by the Greek and Roman authors so many centuries before. In this context, several chroniclers took the Natural History of Pliny the Elder as a conceptual and textual model in order to describe the characteristics of these lands.

The bipartite contribution brings into dialogue phenomena that occur more or less at the same time in different parts of the Roman Empire, in particular the construction or reworking of legends of apostolic foundation, a phenomenon directly connected with the overwhelming emergence of the political-ecclesiastical use of this concept. The two analysed works are dated by scholars between the end of the 4th and the second half of the 5th century and narrate the myths of the apostolic foundation of the churches of Rome and Edessa: these are typical expressions of the “cultural memory” of the two communities, of two “founding stories” which, regardless of their historical reliability (which is, moreover, very poor), construct the reality of the identity of the two churches, outlining a memory in which Christians are self-represented ad intra and ad extra. The authors have analyzed the text of the works according to a reading perspective that can be summarised in two fundamental questions: How are the editors/authors working? How is the theme of the apostolic foundation used? The answer to these questions allows to understand, as far as possible, the ways and the aims of the processes of formation of cultural memory of the two churches, in which there seem to be significant similarities.

The article reflects on the relationship between school, religion, and propaganda in the late Middle Ages through the analysis of a textbook produced for a Roman school during the years 1330-1340 ca. An attempt to understand the functioning of the school, as well as to detect the social identity of teachers and students, is proposed first. An illustration of the religious aspects of the education follows. Then, some reflections on the political colour of the model-letters (dictamina) to be studied in the school are provided. A final section brings the discussion to a more general level, considering the school as a tool for social discipline. The appendix offers a synopsis of all the model-letters, and the edition of five letters concerning recommendation mechanisms.

The paper analyzes the contribution of the Piedmontese priest Giovanni Andrea Corderi to the renewal of the teaching of the doctrine and of the religious practice in Rome at the beginning of the Eighteenth century through the study of the long process of drafting of his main work, Istruzioni per ben guidare, carried out during the pontificate of Clement XI, up to its anonymous publication under Pope Benedict XIII. Corderi’s proposal included the involvement of all, secular priests, friars and lay faithful, in the work of Christian education through several meticulous rules to put into practice every day. In the intention of the author they should have transformed all the citizens of Rome into fervent Catholics.

Chocolate consumption increased between the Seventeenth and the Eighteenth centuries, especially in the countries of southern Europe, Spain and Italy. In the Seventeenth century the Jesuits, admitting the use of it as a “poor” drink, during periods of fasting, as a substitute for food, contributed to spreading its consumption in the ecclesiastical sphere and, more generally, in the aristocratic circles. In this study I analyze some of the consequences, from the doctrinal point of view, of the spread of chocolate’s consumption in Europe, reading some documents of the time and the most recent bibliography.

Through the figure of Francisco Camacho, a lay brother of the order of San Juan de Dios, who had fame of sanctity and was proposed for canonization after his death in Lima in 1698, the essay analyzes the factors that contributed to the configuration of his public image. The different elements and circumstances that shaped that representation are presented, as well as the way it was received at his time. Furthermore, the essay analyzes the impact that Camacho’s public image had upon his own process of canonization and the policies of sanctity that the Holy See promoted in the Counter Reformation.

The core of this contribution is the first centuries’ Church as utopic model for the Jansenism in Eighteenth-century Italy. In particular it analyzes the relationship between G.G. Bottari and P.F. Foggini, at Rome, G. Cerati at Pisa and Antonio Niccolini at Florence and their debate about the reformation and renovation of the Catholic Church. The model of the apostolic times is the central matter of this group and a symptomatic manifestation of the Eighteenth-century attraction for the ancient world and the early Christian era.

Olaya Sanfuentes, Apropiación, circulación y pervivencia de figuras del apóstol Santiago en el Mundo Andino. El caso de pequeños retablos y piedras pintadas [Cultural Appropriation, Circulation and Survival of Saint James Iconography in the Andean World: The Case of Portable Altarpieces and Painted Stones] Departing from a corpus of painted stones and small altarpieces, which depict St. James, the Apostle, as Moor Slayer or Indian Killer, this article attempts to explain the success of the introduction, circulation and survival until today of this Christian saint in the Andean culture. The figure of St. James – patron saint of Spain – riding a white horse whilst decimating his enemies, is an example of a prototype whose meaning is reassigned over time and space, over diverse eras and geographies. Some keys to interpret and explain this phenomenon lie in the Andean culture itself, specifically in its constant process of sacralisation as well as in the huaca as a mediator between the physical and the spiritual worlds. The methodological approach to this problem uses strategies taken from the academic fields of History and Anthropology, specifically Ethno-history. Keywords: Saint James the Apostle – Huaca – Stones – Altarpieces – Santiago Moor Slayer – Santiago Indian killer

This paper analyzes San Antonio de Padua’s wooden boxes, focusing in particular on the memories and narratives they store. My proposal is to inquire these memories throughout the boxes as objects that have a narrative, since they have a “social life” within the town of San Pedro Estación. This town is located in the Atacama Desert, at 3,240 mamsl, 80 km from Calama, and it is part of the Alto Loa area. San Pedro’s patron saint is San Antonio de Padua, and between June 12 and 15, its population celebrates his festivity. During this celebration, the wooden boxes have a special role. In this paper I will focus on two of the six wooden boxes, located in the town’s church and chapel. They are cultural objects with biographies, storing several social lives, connected to the town’s families. From this perspective, San Antonio de Padua’s wooden boxes can be understood as social footprints or tracks which anchor unique historical processes, located in the San Pedro-Inacaliri Basin and the Bolivian Lípez altiplano.