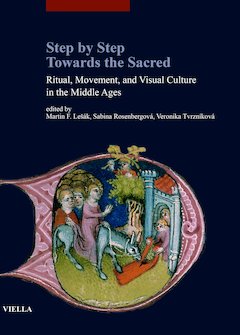 Step by Step Towards the Sacred

Ritual, Movement, and Visual Culture in the Middle Ages

The articles published in this volume aim to contribute to the art historical debates on the role of visual culture within medieval rituals and how the latter were experienced bodily. The studies focus on the essential importance of movement within medieval religious practice and its impact on production, conception, perception, and use of artistic objects and architecture in the Middle Ages. At their core is the moving body, individual or collective, which enters into dialogue with the surrounding architectural or urban space, artefacts, and images, thus awakening their sacred potential with each and every step. Shifting attention to the movement of the worshipers and the objects themselves, this book wishes to instigate further discussion on various medieval visual cultures.