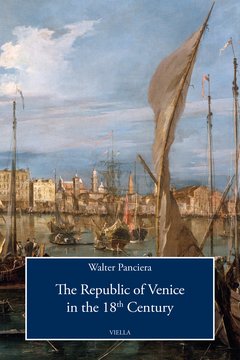 The Republic of Venice in the 18th Century

This book traces the last century of life of the Republic of Venice. It aims to show why the “Serenissima”, unlike large countries such as France or England, was not on the way to becoming a modern nation. Until its end, the city of Venice never took the shape of a real national capital, but remained the dominant centre linking wide-ranging and diverse territories around the Adriatic. The particularism, or rather polycentrism, of its state apparatus is the key to understanding its limitations, as well as the legacy left in Venice’s vast domains, reaching from Corfu to Lombardy. In the 18th century the Republic was weak compared to the great European states. Its institutions and leadership had been frozen for two centuries and there was no political reform, although Enlightenment culture diffused widely over the century. On the economic level, however, there was little sign of “decay”: merchant traffic continued to prosper and there were a number of new developments in the manufacturing sphere.

The translation of this book has been funded by the University of Padua, Dipartimento di Scienze Storiche, Geografiche e dell’Antichità (DISSGeA)