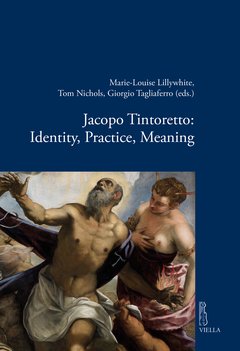 Over the past twenty years or so it has finally been understood that Jacopo Tintoretto (1518/19-1594) is an old master of the very highest calibre, whose sharp visual intelligence and brilliant oil technique provides a match for any painter of any time. Based on papers given at a conference held at Keble College, Oxford, to mark the quincentenary of Tintoretto’s birth, this volume comprises ten new essays written by an international range of scholars that open many fresh perspectives on this remarkable Venetian painter. Reflecting current ‘hot spots’ in Tintoretto studies, and suggesting fruitful avenues for future research, chapters explore aspects of the artist’s professional and social identity; his graphic oeuvre and workshop practice; his secular and sacred works in their cultural context; and the emergent artistic personality of his painter-son Domenico. Building upon the opening-up of the Tintoretto phenomenon to less fixed or partial viewpoints in recent years, this volume reveals the great master’s painting practice as excitingly experimental, dynamic, open-ended, and original.