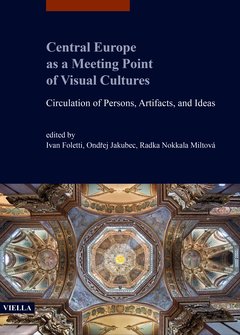 Central Europe as a Meeting Point of Visual Cultures

Circulation of Persons, Artifacts, and Ideas
In honour of Jiří Kroupa

The end of World War I in 1918 meant a radical transformation of Central Europe: the multicultural space of former empires became divided into individual nation-states. This altered all spheres of life, deeply impacting the discipline of art history as well. The cosmopolitan vision of art history developed by figures from the Vienna School such as Franz Wickhoff and Alois Riegl was gradually replaced by new self-referential narratives. This nationalist tendency was reinforced by the division of Europe after World War II.

In the wake of Jiří Kroupa’s pioneering studies, this volume takes a truly transcultural approach to art produced in the Central European region from the 12th to the 20th century. Freed from national prejudices, a region shaped by the constant movement of people, ideas, and objects emerges.