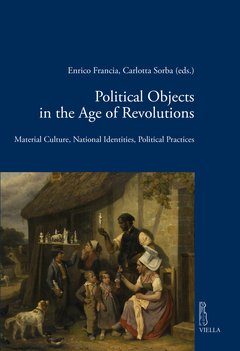 Political Objects in the Age of Revolutions

The importance of things, the vitality and mobility of objects, their ability to offer different viewpoints on life in the past, are all themes that have emerged from the many recent historical studies on material culture. However, the political life of objects has not yet been fully investigated. This volume offers new analytical reflections and insights through a number of European case studies, and in this way reconstructs a material history of politics in the very significant period known as the Age of Revolutions. From the late 18th century and through much of the 19th century, various kinds of objects (pocket-sized, decorative, clothing and other) played an important role in the processes of politicisation and mobilisation that accompanied, preceded and followed revolutionary episodes.

Examining political action through material objects gives us deeper insight into the activities and behaviours of men and women in the past and allows us to cross-reference different analytical perspectives that rarely interact.