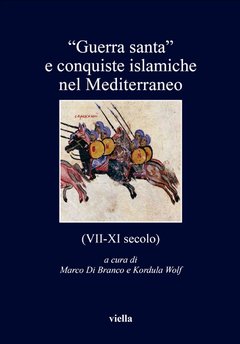 The Apocalypse of Samuel of Qalamūn and the Domination of the Hagarenes
According to tradition, the invasion of Egypt by the Arabs must have been a peaceful conquest and the Copts must have welcomed the invaders as liberators. However, the classical work of A.J. Butler, The Arab Conquest of Egypt, adheres to a less conciliatory vision and emphasises instead the clash, military as well as religious and cultural, between the conquerors and the conquered. Unfortunately, there are no detailed studies that could formulate a clear and documented judgment on these events. In an effort to help bridge this gap we present here a document (survived only in Arabic) of the original Coptic text called “Apocalypse of Samuel of Qalamūn” (10th/11th century AD). It describes a dramatic cultural situation: the Copts are not aware of their language and have adopted Arabic; they no longer know anything of their religion, but are influenced by the Muslims. They take Muslim names, customs and traditions, and their sinful behaviour. They don’t take part in fasting and don’t practice Christian prayer. Samuel suggests a return to the Coptic cultural identity, starting with the language.

From the Naval War to the Conquest of the Great Mediterranean Islands. Cyprus, Rhodes and Crete
In this essay the main stages of the Islamic conquest of Cyprus, Rhodes and Crete are analysed, highlighting how, in such circumstances, the Mus194 “Guerra santa” e conquiste islamiche nel Mediterraneo lim raids played a fundamental role as a prelude to military occupation, although many scholars often mistakenly consider them simple acts of piracy without a clear strategy. Furthermore, attention will be drawn to the first phases after the conquest and, in particular, to the treaties that sanction the so-called «condominium» in Cyprus, which was a kind of crystallisation of what was assumed to be a fairly common situation in the period of the great Arab conquests and that was essentially due to the temporary balance of power relations between Byzantium and the Muslims.

From ǧihād to diwān in two providential histories of Hispania/al-Andalus
This paper examines two of the earliest histories of the conquest, one written in Latin and the other in Arabic, which offer variant perspectives. The author of the so-called Mozarabic Chronicle of 754 was writing for an audience who remembered the second wave of Muslim settlement in the 740s. The chronicler’s viewpoint is Christian, but it is not parochial, and locates his history of Hispania within the wider Mediterranean world. The brief account of the conquest in Ibn Ḥabīb’s universal History, written a century later, looks less promising, being mainly a collection of stories about the Table of Solomon and other wonders that the conquerors are said to have found in al-Andalus. Yet Ibn Ḥabīb was also a legal scholar who left judgements on ǧihād that help us to understand his perspective on the transition to Islamic rule.

Between minorities and peripheries. Prolegomena for a study on Arabised Christians in Sicily
In the last decades, interest in the history of medieval Sicily has grown thanks to the publication of essays on the Arab-Islamic element of the Norman and Swabian periods (12th-13th century). Our understanding of the language, social and cultural life of Sicilian Muslims has gained much from a huge amount of material conserved in Sicilian archives. Through the documentary evidence produced by the trilingual administration (Arabic, Greek and Latin), the island is placed within a Mediterranean context that reveals its close ties with the Islamic world of that age. Nevertheless, after Michele Amari (1806-1889), the great historian of the Muslims of Sicily, the existence of a Siculo-Arabic period has been neglected (827-1091). Indeed, new sources still need to be accurately defined as new documents are still coming to light. This will hopefully reveal unexpected glimpses into the history of medieval Sicily. This paper is part of a trend of renewed interest in the study of Islamic Sicily; it opens new perspectives on interreligious relationships between Muslims/Jews and Christians during the Islamic period.

Land of Conquest? Muslims in Southern Italy in the Aghlabid Age (184/800- 269/909)
Starting with a new examination of the dossier about the ǧihād declared and led by the Aghlabid amīr Ibrāhīm II in 289/902, this paper analyses Aghlabid policy in the “great Land” (Al-arḍ al-kabīra), i.e. on the Italian mainland, from its foundation to the fall of the dynasty. Avoiding the reductive interpretations of modern historiography, this investigation sheds light on the expansionist aims of Ibrāhīm II concerning southern Italy: these aims were not at all the result of an impromptu infatuation, but constituted a permanent feature of the Aghlabid strategy, at least since the fall of the Emirate of Bari (871), which was followed by the creation of a wālī ’l-arḍ al-kabīrah, intended to oversee political and military interests of the dynasty in southern Italy. The central topics of this essay are also the problem of the definition of ǧihād in the Aghlabid age, the question of the formation of “emirates” on the Italian mainland and the issues involving agreements, treaties, contracts, slaves and captivi.

«In locis qui sunt Fraxeneto vicina». Real and alleged Saracens between Provence and Italy
We can often observe in the medieval documents (and we provide here an important example) the tendency to manipulate the destruction by the Saracens for political purposes. It is no wonder then that the historical reconstructions, made centuries later on the basis of alleged folk traditions of epic-literary origin, have greatly amplified, in time and space, the effects of “Guerra santa” e conquiste islamiche nel Mediterraneo the damage caused by the Saracen raids. Even very important scholars assigned to these traditions give them more consideration than they deserve, leading one to believe that the Saracens of Fraxinetumintroduced the great values of Islamic culture to the countries affected by them, while no evidence of this was found. On the contrary, there is reason to believe that Fraxinetum was a simple haunt of pirates who acted on behalf of the Caliphs of Córdoba and who abandoned it to itself when they believed that it was no longer useful to their political goals in the Western Mediterranean.