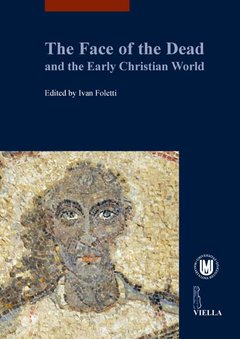 The Face of the Dead and the Early Christian World

Peter Brown has described the position of holy bodies in the Early Christian period as a «place between Earth and Heaven.» The principal aim of this book is to deal with precisely this intersection between two worlds expressed by the Dead, and in particular by their images and their faces.

The first part of this book looks into the portrait and its function, and the reason for which Late Antiquity, following a custom it inherited from previous eras, covered itself with individual images of the deceased. As in previous eras, the portrait appears, above all, to be an attempt to express the individual in his or her entirety; the techniques and «instruments» perfected in the course of the the 3rd century, however, lead to divergent formal and conceptual results.

The second question, answered more briefly, deals with the perception and representation of the dead body as a whole, defined by David Le Breton as «la souche identitaire de l’homme.» The question asked is a fundamental one, since we are confronted with humanity itself after its passage to that which lies beyond: does the body become just a memory or does it preserve the real presence of the person who once existed?