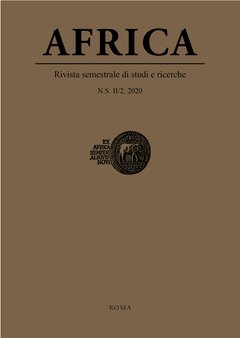 Markets, Mines, and Magnates: Finance and the Coming of War in South Africa, 1894-1899
Ian Phimister

In the 1890s speculation and market-making were prominent features of the Southern African gold mining industry, particularly the mid-decade boom and bust. Extravagantly capitalised in a manner designed to yield short-term specula­tive profits, starved of working capital and poorly managed, many mines could not be made to pay. Outside investors suffered more at the hands of Rand financiers than they did from those of the Boer Government in Pretoria. By failing to take into consideration the part played by financial speculation, accounts of South African history in the 1890s that focussed on mining company grievances as the root cause of the Jameson Raid and the outbreak of war in 1899 may have been looking in the wrong direction.

This article examines the response of American Metal Climax Inc. (AMAX), the major shareholder in Roan Selection Trust (RST), to the Zambian government’s decision to take a majority stake in both of the two major mining companies on the Copperbelt. In doing so, it demonstrates that AMAX executives failed to anticipate the possibility of nationalisation prior to Kaunda’s Matero speech in 1969. It explores how AMAX initially sought to place pressure on the Zambian government through the American State Department, before changing tack to limit their own exposure at the expense of other RST shareholders. The article suggests that explanations of neo-colonialism surrounding the relationship between multinational business and independent African states do not fit comfortably with the nationalisation of the Zambian copper industry.

This Is not Free Verse! A Stylistic Study of Kezilahabi’s Poems
Roberto Gaudioso

This article focuses on the question of free verse from an inductive point of view, moving from the particular case of Kezilahabi’s texts (their structure and style) to the question of free verse in Swahili modern poetry and its terminology. Thus, the article overcomes the fixed division between traditionalist and reformist ideas, which has characterized Swahili critics ever since Kezilahabi published his first collection of poems, Kichomi (1974). Through the analysis of a few poems (mostly from Kichomi and Dhifa, 2008), the hybrid, new forms of Kezilahabi’s poetry, aspects of his poetics, and his place in the history of Swahili poetry are shown.

This article examines various identities of the Tunisian musical instrument ʻūd ʻarbī within the context of North African mālūf music. In combining techniques such as interviews, analysis of texts and artefacts in musical instrument museums in Tunisia and abroad, I chart aspects of the instrument and consider evidence indicating that it has paths of influences from West African lutes, what I call an “African phenomenon”. Drawing on theories and methods from ethnomusicology, and material culture, my article contributes an ethnographic and music-centred approach to interdisciplinary debates about post-colonial nationalism and cultural identity in North Africa.

This article examines what can be learned about slaves and urban slavery from one unique source, namely the record book of legal acts (sijill) registered by the qāḍīs of Brava, a town on Somalia’s Benadir coast, in the period 1893-1900, just before the Italian administration in 1903 officially abolished slavery. Given the nature of the source, slaves feature almost completely as objects of transactions between those who owned them. However, in spite of the transactional nature of these legal summaries, the Qāḍī ’s Record Book nevertheless offers occasional glimpses of local acknowledgment of slaves’ humanity or an owner’s concern about a slave’s emotional wellbeing, and gives concrete evidence of slaves’ own, very limited legal personhood and agency.

Nassib Bundo and Other Rebel Slaves and //Liberti// of Gosha. A Reassessment (1835-1906)
Francesca Declich

In the wake of the independence of Somalia, chief Nassib Bundo was listed among the heroes of the resistance against the colonizers, and most recently, he is mentioned as a forgotten king and freedom fighter of the Somali nation. This article aims to collate oral and written sources and to present the last years of the Yao chief by placing him in the juridical and social context of incipient abolition in the Western Indian Ocean. Freedman as he was, he took the chances offered by his status for trading, negotiating personal power, offering shelter to runaway slaves and to slaves manumitted by the Italian government, but was always cautious with the colonizers he did not trust. He frequently confounded their expectations and even attempted to join forces against them.