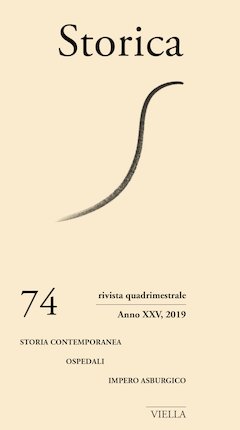 Over the last fifty years, the study of late modern and contemporary history has enormously expanded in Italy and elsewhere. The field attracted many scholars from younger generations, strengthened its presence in university curricula, and assumed a central role in funding programs for historical research. The growing status of the field appears to be characterized by two contradictory aspects: on the one hand, an extension of the spatial perspective of analysis, with a new interest in the global dimension; on the other hand, a contraction of the period under study, as new research has often narrowed its focus to the twentieth century. The editorial board of «Storica» drew up a document that tackles this paradox and the complex relationship between modern history and the social sciences, and asked a group of six Italian modern historians to debate it in a workshop. This section contains their reflections.

The essay reflects on some questions raised by recent studies on early modern hospitals, underlining the research potentials of this historiographical object. The first part reveals the different disciplines, methodologies and perspectives that can be used to study hospitals or assistance networks by discussing two books focused on charitable institutions of Venice (C. Giron-Panel, Musique et musiciennes à Venise. Histoire sociale des ospedali, École française de Rome, Roma 2015; La chiesa e l’ospedale di San Lazzaro dei Mendicanti. Arte, beneficenza, cura, devozione, educazione, eds. A. Bamji, L. Borean, L. Moretti, Marcianum Press, Venezia 2015). The second part connects some of the themes that emerged from the reading of this new works to wider trends in the research on early modern assistance and poor relief. The focus is on the evolution of the ideas on pauperism, with particular attention to the pedagogic function of the charitable institutions and the need to connect theory and practices. Finally, the analysis broadens to include the connections between the history of hospitals and the history of medicine. This approach can allow us to detect multiple research paths, shedding light on the various actors and places devoted to healthcare and the entanglement of spiritual and physical therapies.

The recent publication of two books by P. Judson and S. Beller has profoundly renewed studies on the Habsburg empire between the eighteenth and nineteenth centuries. In some ways, these two books reflect a tradition of scholarship that has been ongoing for many decades. Indeed, soon after the First World War, the rebuilding of Europe based on the principles of nationality espoused by the U.S. president W. Wilson led British and American historians to study the causes of the Habsburg empire’s dissolution. For a long time, the empire’s oppressive policies toward national minorities was considered the main cause of its downfall. In contrast to this «negative model» stood the «positive models» offered by Great Britain (a more liberal empire) and the United States, viewed as a nation capable of integrating its minorities easily. The present article attempts, on the one hand, to retrace the origins of the Anglo-American tradition of scholarship on the Habsburg monarchy, and, on the other hand, by contrasting and comparing Judson’s and Beller’s books, to show how this «new imperial history» has completely changed the way we approach the final centuries of Habsburg history.