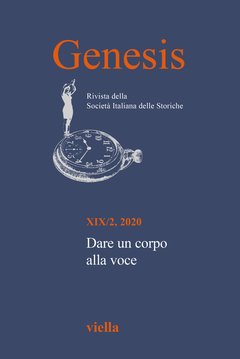 For a long time, the study of words and their content has prevailed over that of sounds and their medium: the voice was understood only in a metaphorical sense. In the last decade, studies of vocality have multiplied and have shown the great value of the analysis of voice and its reception for the field of cultural studies, as well as for gender studies. This introductory article examines some of the many research directions that are currently being pursued in this field, to show how vocal analysis not only denaturalizes the voice but provides new insights into how the binary view of gender has been constructed.

The idea that the French language is better spoken by women, since the voice that expresses it requires to be supported by a female body, gained increasing currency in seventeenth-century France. Some scholars have seen this view as a sign of the emancipation of women’s voice; others have underlined how this notion validates a reductive understanding of female expression, which emphasizes its spontaneity, i.e. the absence of education and a dependence on the body. In order to overcome these opposite views, I suggest to re-think the gender regime implicit in this conception of language in terms of the modes that connect bodies with definitions of identity.

Sung improvised poetry in ottava rima has been documented in Italy since the 14th century and has survived until now in Italian folk song. Although it is currently considered a male tradition, women played an important role especially in the 18th century, when they were admired both as famous improvvisatrici who performed in literary academies and as illiterate folk singers. This article deals with the involvement of women in the poetic duel in ottava rima in Central Italy. The first part is dedicated to the presence of women in sung improvised poetry in the 18th and 19th centuries, focusing on the gendered aspects of their singing and their public performance. The second part deals with a quite exceptional event: the meeting of improvised poetry in ottava rima dedicated exclusively to women, which took place in Borbona (Rieti) on 13 September 2019.

«Acquiring a “manly” tone» delves into the role of the voice in articulating identity, particularly where it concerns the intersection between masculinity and age. Using pedagogical manuals and scientific treatises published in Britain, France and the German lands, the article explores how the closely related norms of vocal health and propriety were constructed, exercised, and sometimes changed throughout the long nineteenth century. In doing so, the article contributes to the rich debates on the intersection of categories like gender, age, race and class in the history of the body. Drawing upon the voice as a physical phenomenon and human practice, the article argues, can enrich our understanding of the historical fluidity of the body, as it allows for close scrutiny of material as well as performative change.

Investigations into music history from the perspectives of gender and queer studies enable sound studies researchers not only to listen to the expression of female and queer alterity but to focus on the independence of sound from a visual angle. By considering the rise of transgender singers on U.S. opera stages, and the latest theoretical views on transvocality, this paper shows how gender and queer studies may give a non-binary reinterpretation of some specific figures in opera history (e.g. castrato singers) and may question not only male/female and heterosexual/homosexual dichotomies, but semantic/vocal and visual/sonic oppositions. Sound studies also add further elements to the complex field of opera history and its queer reinterpretation, because they make evident the sonic dimension of the materiality of the voice in opera singing.

During the 1930s, American newspapers and magazines highlighted how an increasing number of women announcers were hired by the Italian Radio Auditions Agency (EIAR). In the same years, the presence of women announcers in the US broadcasters had gradually declined, while authoritative women journalists began to be employed as news commentators. Focusing on some women protagonists of the radio scene in Italy and in the United States, the article investigates the reasons for the different choices made by the Italian and American broadcasters, asking whether the relevant presence of women announcers in Italy contributed to call into question or rather to confirm the traditional gender roles.

This paper begins to explore the history of women’s presence in the French radio between the 1920’s to the 1980’s, analyzing the place and the reception of female voices on the air. It considers the positions that were given to women speaking on the radio and asks whether their voices were modelled in a way that reflected the specific roles attributed to them in society. The study largely draws on newspapers articles and letters from listeners to examine what kind of comments were expressed about these voices and their materiality, contributing in this way to a reflection about the links between voices and gender in the history of radio broadcasting, and their impact on the public.