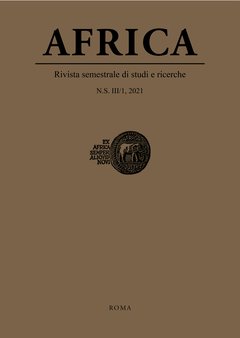 The article discusses the protracted border conflict between Nigeria and Cameroon over the ownership of the Bakassi Peninsula, in the light of the ongoing debates about African border management, and the impact of the inherited colonial boundaries on contemporary African politics and development. After many years of dispute, the International Court of Justice ruled in 2002 that, based on the colonial agreements which created these boundaries, the Bakassi peninsula, inhabited mainly by hundreds of thousands of Nigerians, belongs to Cameroon. The withdrawal of Nigeria from the area, following the Greentree Agreement, has created a large-scale humanitarian crisis of resettling, and rehabilitating the displaced returnees in the “New Bakassi Local Government Area” created for them in Cross River State of Nigeria. We argue that African countries can avoid needless conflict over these “imported” colonial boundaries if they remove unnecessary border restrictions, and begin to see the borders more as links and bridges for the cooperation and integration of African states and peoples, rather than as barriers and static lines of demarcation on the map.

In the Baoulé art of warfare, the body of the warrior has played a fundamental role, both as a weapon and as a primary target. Magical equipment associated with ritualistic practices surrounded the body of the warrior, ensuring his protection by, supposedly, making him invisible or invulnerable. “Mystical things” (clothes, amulets) helped warriors, who also underwent forms of selection to save the forces mobilised at the same time. The body of the slain enemy was normally subject to mutilation, which exposed to the risks of pollution and serious disorder. The murderers then had to go through purification rituals to be able to return to community life without endangering their people.

Zoui, a village in the Tibesti Mountains (Chad), was once a lively and prosperous place. Today, however, most of its inhabitants have left it. How did the once flourishing Zoui become the almost abandoned village it is today? How can its landscapes, in which material remains become markers telling us about the past, inform about this evolution? In the present contribution, the author will follow Zoui’s inhabitants, acting as « local archaeologists » and contextualizing remains and their histories in timescapes.

What kind of social cement binds together acephalous pastoral societies ? The question is raised here through the comparison of two very different ones, the Tubu in the Chadian Sahara and the Bedouins of Arabia. We shall compare their situation in the nineteenth century, before the deep social changes that took place later on. Extensive pastoralism led them both to a similar way of life, and yet their social structures were ways apart, as concerns marriage rules and livestock transfers. Interpersonal solidarities were built on the primacy of agnates among the Bedouins of Arabia, as opposed to the intertwining of cognatic ties among the Tubu. The lack of political organisation therefore not being built on the same kind of « social cement », the social binding is rather to be found in very strong and similar moral values, i.e. honour (‘ird) among the Bedouins and shame (nuŋo) among the Tubu.

Geoffrey I. Nwaka is Professor of History and former Dean of Postgraduate Studies at Abia State University (Uturu, Nigeria). He has a wide teaching and research experience in Nigeria, and he has been researcher and visiting scholar in Europe, Australia, and North America. His research interests focus on historical and contemporary urban issues, environmental protection, and African development. In 1990-1991, he served as Special Adviser to the Governor of Imo State of Nigeria, and he has several scholarly publications.

Tilman Musch is specialized in the ethnology of the Central Sahara. He works on pastoral nomadism, the anthropology of space and time, environmental change and the anthropocene, customary law and ethnobotany. He received his doctorate at the Institut National del Langues et Civilisations Orientales (PhD, 2008) with a thesis on Buryat nomadism. Since 2006, he has been working in the Sahel and the Sahara. From 2018-2020, he did research on customary law of the Tubu Teda, a project funded by Gerda Henkel Stiftung. He is based at Bayreuth University (Germany).

Catherine Baroin is a social anthropologist, now retired from the CNRS (French National Centre for Scientific Reasearch). Her studies focus on two very different African societies: Saharan desert nomads and East-African mountain farmers. The first is the Tubu, who herd their animals in the Sahara and Sahel in a very broad area from Niger to Sudan, and from Libya to Lake Chad. She later studied the Rwa (or Wameru) in Tanzania, who farm on Mount Meru, facing Mount Kilimanjaro. She is also much involved in the international scientific network “Mega-Chad”, created in 1984.