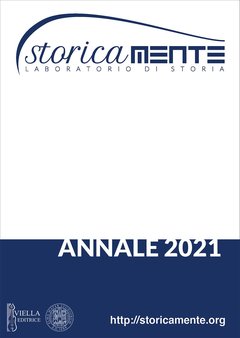 The 1755 Lisbon Earthquake: The Catastrophe and the Reconstruction
Ana Cristina Araújo

The 1755 earthquake, which ruined part of the city of Lisbon, shook Portugal and was felt even in other regions of Europe. The Portuguese State faced the situation of public calamity with emergency policies and with administrative and urban planning. The Lisbon earthquake raised several questions inside the philosophical debate of Enlightenment and represented a historical landmark in the change of the perception of natural accidents. The catastrophe had shaken man's rational confidence. The alarming news caused by the sudden and devastating disaster echoed in the modern European communication network through credible information, fake news, omens and images of devastation and ruin.

“Destroying Generation after Generation”: Outbreaks of Smallpox in the Cuchumatán Highlands of Guatemala (1780-1810)

The advent of Covid-19, unforeseen though it was, and destructive though it remains, affords timely opportunity to reflect on the occurrence of past pandemics and their impact on humankind. Devastating as the Black Death in fourteenth-century Europe is known to be, loss-of-life caused too, in the wake of World War I, by the Spanish Flu, both pandemics pale when compared to the mortality of Native Americans following the Columbus landfall. Guatemala and its Indigenous Maya peoples, especially those of the Sierra de los Cuchumatanes, are discussed as a case in point. Demographic collapse here, begun in the 1520s, continued well into the seventeenth century, after which attrition abated and recovery set in – slowly, and not without reversals, as scrutiny of the ravages wrought by the re-occurrence of smallpox between 1780 and 1810 vividly attests. As with the success of vaccines made to combat the scourge of Covid-19, so also did Edward Jenner’s experiments with inoculation prove beneficial, even when they reached and were administered in one of Guatemala’s most isolated and intractable parts. Thereafter, Indigenous numbers stabilized and began to grow, guaranteeing Maya survival.

Over the past two decades, the growing availability of paleoclimatic data has opened new opportunities for cross-fertilisation and comparison between natural and social sciences. The parallel history of climate and the environment is often undertaken in a holistic manner, assuming simple and direct causalities between the climate and social change. Faced with climatic series, the historian must question the nature of the data and their specific conditions of gathering, validity, and environment, as well as the methods and objectives of modelling. Comparing paleoclimatic data and primary sources requires considering their specific limitations and finding a common scale of observation. A historical case study has just been conducted using climate series and sources from the age of Charlemagne (740-820 AD), a time interval of 80 years that is compatible with the heuristic requirements of both disciplines. The investigation confronts paleoclimatic data and interpretations with Frankish sources from 740 to 820, starting from the analysis of the famines of 779, 791-794 and recurrent subsistence phenomena at the beginning of the 9th century, studying in parallel cosmologies and representations, and the political, economic, and social responses brought by the political system.

Cholera was the first truly global disease, appearing from obscurity to ravage Europe in successive waves. Arriving in the old continent in 1830, it affected entire continents. A traumatic global event, not comparable - in terms of morbidity and mortality - with wars, famines, natural disasters and earthquakes, which also engage a dialectic challenge-response, institutional and political resilience. But in the post-pandemic period, in cities devastated and impoverished by cholera, a typically urban disease, social resilience, rebirth projects and the rationalization of cities, where living conditions had not followed the pace of urban growth driven by industrialization, which had multiplied the possibilities of infection through contaminated water and food, came into play.

3.11 From One Disaster to Another: Japan’s Earthquake

This paper recounts the experience of the Great Eastern Japan Earthquake on 11th March 2011 and offers an assessment of reactions to it on personal, social and policy levels. Almost a decade after the event, it looks at traces of the disaster, discussing in particular the following questions. What were the consequences if any for Japan’s energy policy? What other consequences were there, for example, concerning crisis management? How did people integrate the earthquake into their view of history? How did the earthquake affect people’s life satisfaction? And how does it relate to current events? It argues that despite its for all concerned unprecedented severity the disaster led to gradual improvements, rather than fundamental change.

Events, which like bombardments, massacres as well as “natural” disasters provoke the sudden, often unexpected destruction of living conditions for individuals and communities, are traumatic experiences whose effects can last for generations. Both the memory and the history of such traumatic experiences in 20th century’s Europe – bombardments during WWII and earthquakes until the 1980s – how they were perceived by the affected people and the reactions they unleashed are the subject of Gabriella Gribaudi’s recent study, La memoria, i traumi, la storia. La guerra e le catastrofi del Novecento (Viella 2020). How to resume after having lost everything, what individual and collective strategies do people adopt to create a new context of ordinary daily life, how to manage the tension between the wish to recreate the lost conditions and the need to shape a new prospect of life are the questions discussed with the author in the following interview.

M’hamed Oualdi, “A Slave between Empires"

Valeria Palumbo, "Non per me sola"