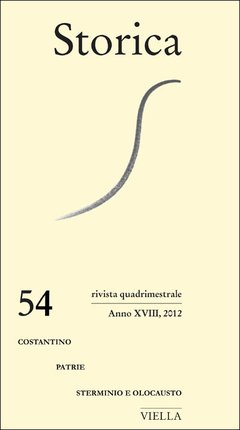 The Vision of Constantine and the cultural history of dreams
The earliest stories about Emperor Constantine’s dream and vision before the Battle of the Milvian Bridge (312) have long been one of those most popular research topics among scholars of Late Antiquity. After distancing itself from recent attempts to explain these famous episodes by reducing them to mere astronomical events, this study offers a thorough reinterpretation of the sources. First of all, it analyses mnemo-historical relations between Constantine, Lactantius, Eusebius and the Latin Panegyrics, thus overcoming the opposition between facts and representations in the history of memory. Secondly, a historical-semantic analysis of the oneiric-visionary lexicon of the same sources shows that in order to understand the meaning of Constantine’s dream and vision it is necessary to contextualize the sources within the pagan-Christian polemic on oracular divination and, in particular, to look at the fourth-century process which led to the domestication and then Christian appropriation of the ancient ritual of incubation. Thus, a review of the written records of one of the most famous dreams in history can provide a key to understanding the history of dreams.

A war of memory. The Italian nation and Neapolitan patriotism in southern memoirs (1860-1903)
This article employs forty-five volumes of memoirs, written by Italian nationalists or Bourbon loyalists, all Southerners, between 1860 and 1903. The aim is to discuss the profile and the level of politicization of elites who fought in the southern conflict, the relationship between traditional forms of belonging and national projects, as well as the way individual and collective choices have been represented. Through a re-elaborated version of the past, this study examines the struggle to develop opposed national projects and feelings and the perception of the civil war that fragmented the Kingdom of the Two Sicilies. In so doing, it also addresses the ongoing debate on state-formation in the Mediterranean and the Atlantic area and on the situation in the Bourbon territories.

The autumn of liberal Italy. Civil war, the origins of Fascism and «national» historiography
Starting from the critical review of the third volume of Roberto Vivarelli’s Origini del fascismo, this essay outlines the intellectual itinerary and the historiographical contribution of the controversial historian. Vivarelli, who always proclaimed his faith in the ideals of «democratic interventionism» and in the 1990s revealed and reclaimed his youthful engagement with the Fascist Republic of Salò, devoted all of his academic life to understading the origins of Fascism. His research focused on controversial points such as the ideological legacy of Great War, the role of revolutionary socialism in the crisis of liberal state, the «civil war» between socialists and fascists. After discussing analitycally all of these points, this essay critically assesses the limits of the prevailing nation-centered approach to the Italian involvement in the Great War and to Fascism. An overview of recent international historiography on the connections between Great War, Russian Revolutions and their aftermath shows how the current interpretations of the Italian first post-war period, observed through a broader European lens, need to be profoundly revised.

A book and a debate: reflections on Timothy Snyder’s Bloodlands
After reviewing T. Snyder’s Bloodlands, recently published in Italian, the article surveys the historiographical debate sparked by this book in order to identify its acquisitions – such as the «reciprocal contextualization» of Nazi and Stalinist violences – and also its limits.