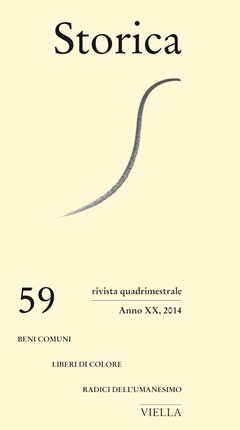 Caritas and common good E. Igor Mineo
Between the 13th and 14th centuries in Italy, especially in Florence, a new ideology of common good takes shape, related to the enforcement of the communal «state» during the epoch marked out by popular government (regime di popolo). A main cause of this renewal is the explicit politicization of the Christian virtue of charity. Traditionally political bonds fell within the categories of friendship and love, not of charity, the «universal» virtue that bound man to God and men among themselves in the context of the ecclesiastical community: the Thomistic system provides a perfectly codified representation of this logic. Vice versa, some authors, like Ptolemy of Lucca, Remigio de’ Girolami, Coluccio Salutati, clearly show the transformation of caritas: the political community becomes direct object of charity/love and the political relationships, among the citizens and between them and the governing authorities, are strengthened by the same art of «feeling». The politicization of charity is the most evident symptom of the transformation of the political «common good», from a complex notion, including all that a community need in order to live well (namely the virtues of the citizens, domestic peace, the commons etc.), to a spiritual and indetermined principle, which tends to correspond to the abstract body of the community (or to its transcendental «person»). In this transformation the commons (bona communia) gradually fade out in discourse and institutional practice; their role becomes increasingly limited, not comparable (and not commensurable) to true «common good» (bonum commune). The latter is becoming the only object of the rulers’ care and of the citizens’ charity/love.

Between Slavery and Citizenship: Free People of Color in the Atlantic World
Through the analysis of the recent historiography on free people of color, this essay underlines the importance of this category to studying the relationship between slavery and citizenship in the Atlantic world. Because of their origin, people of African descent were considered not only inferiors but also foreigners, and thus excluded from citizenship. Yet, their status could be ambiguous, so that in some cases they could obtain the same rights of citizens. While during the 18th and 19th century the idea of race became crucial in defining social inclusion or exclusion, its vagueness gave free people of color the possibility to perform their own racial identity through appearance, behaviour, and actions. Their uncertain status makes them a privileged subject to study the negotiation and formation of racial identity, as well as the definition of citizenship in colonial and post-colonial contexts.

The Cultures of the Regnum and the Foundation of Humanism by Ronald G. Witt
We publish a discussion on Ronald G. Witt’s latest book (The Two Latin Cultures and the Foundation of Renaissance Humanism in Medieval Italy, Cambridge U.P., Cambridge 2012). Witt offers a broad interpretation of culture in northern Italy from the Carolingian period to the middle of the thirteenth century; in doing so, the author not only scrutinezes nearly all the literary evidence produced in this area, but also tries to connect diverse fields of written production (ecclesiastical, legal, poetic etc.) as well as cultural practices, with the aim to define a textual community with a specific and marked profile vis- à-vis other urbanized areas of the time. In this way, Witt’s interpretation touches on some of the fundamental issues of Italian medieval history, such as the role of cities and their political peculiarities, the presence and extraordinary role of laymen, or the activities and diffusion of cultural institutions such as schools and universities. Three scholars of medieval Italian culture and society discuss the relevance of this book, offering their criticisms and comments. The discussion is concluded by Ronald G. Witt’s reply.

Beyond religion? The long history of caste and the South Asian state Chakravarti legge Guha