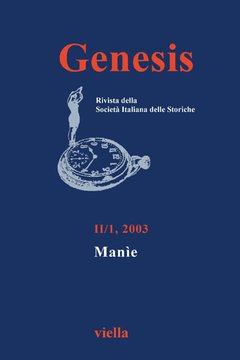 Female madness in classic Greece medical texts and tragic poetry
In its first part this essay analyses all the accounts of female pathologies that comprise symptoms of mental diseases contained in the Corpus hippocraticum. In these sources “madness” is never a distinct illness, conceived of as such. Mental disorders are instead disclosed in a clinical framework in which the illness’ aetiology is always physical, associated to the workings of the uterus in the several stages of women’s biological life. As a result, “madness” is a transitory state of the body that cannot be ethically sanctioned or incur social discrimination. Notwithstanding the use of similar symptoms and vocabulary, the insanity represented in the tragedy production of that period is an altogether different one. This is analysed in the second part of the essay, which looks at the three cases of the “Io” in Aeschylus’ Prometheus Bound, at Phaedra in Euripides’ Hyppolitus, and at Agaue in Euripides’ Bacchae. In each case, the madness of these three women is caused by a deity and it is therefore without resolution. Furthermore, although the concerned characters are innocent, their insanity brings about a violation of ethical values that causes moral condemnation and social exclusion.

The features of the feminine genre and the antecedents of “femal madness” in the ius commune
The author describes how ius commune helps to create a concept of the female mind. He distinguishes, among many psychic characteristics that are thought to be specifically female, the ones which are supported by praesumptio iuris: for example avarice and the desire of motherhood. The author also describes how the concept of female madness has been detected since the birth of forensic medicine.

Old-time melancholics: the female inmates of San Clemente madhouse in Venice (1873-1904)
The goal of this study is the reconstruction of a collective history of the female inmates at the Venetian madhouse of San Clemente through the analysis of about 700 hospital files. These have been selected on the basis of the diagnosis at the moment of the admission. Object of research have been all women admitted from 1 July 1873 (day of the establishment of the hospital) to 1904 (year of the enactment of the first Italian law on madhouses) with a diagnosis of melancholy. This category embraced an heterogeneous universe of women: peasants with pellagra consumed by malnutrition, “dissolute” servants, often mixed up with “meretricious women of wrong doing”, middle class wives and mothers, and some nuns unsatisfied of the cloistered life. Through the analysis of medical observations one can reconstruct the attitude of psychiatrists towards these marginal female characters. This is a period when the control and the management of the physical space of the asylum is assigned to the alienist doctor who had to assure some form of “healing” to the inmates, although not necessarily with the goal to return them to society as good wives, mothers, or, on the other hand, less dissolute and elusive women.

Dark Bodies. Clinical histories and the route to admission to the Palermo madhouse (1890-1902)
Before the enactment, at the turn of the Twentieth century, of the first Italian laws on insane persons’ care and custody, the entry process to an asylum drew its legitimacy from the connection between psychiatry and public order. As a matter of fact, two routes were established to attest a case of madness. The first one, social, was started by a request of the community to the public order authority and ended up in a provisional admission. The second route was medical in its character. It began with a period of observation of the in-patient and brought about a permanent admission after a diagnosis of the illness. This research is based on the clinical histories of the female inmates at the madhouse of Palermo. This is the only source for the doctorpatient relationship from where one can analyses the psychiatric techniques of observation in an asylum. Through these clinical cases one can follow the process that transformed madness into illness.

Wet-nurses and food disorders: notes from middle class Italy
between Eighteenth and Nineteenth century The author advances an interpretative hypothesis for the several food disorder that characterized the main illnesses of middle class women at the end of the Eighteenth century, and in particular the onset of anorexy. Challenging those interpretations that have linked together female fasts in different eras and in different contexts, the author looks at the “positive” role of that food that these women seemed to refuse so violently in their lives. The outcome of this analysis seems to suggest that it existed a body of rules about food tastes and appetites restricting women both in quality and quantity, which became increasingly favourable to female loss of appetite. On the other hand, in those same years, in a framework of domestic “competence” that was (ideally) totalising, the new duties of the wet-nurse were becoming more engaging for the woman, and, in practice, central to the definition of female identity in the middle class.

Autobiographies of life and mind. Female writing in the psychiatric institutions of early Nineteenth century
The analysis of autobiographies and other writings by women hospitalised in a lunatic asylum in Genoa between 1917 and 1929 offers a unique opportunity to obtain insights of their experience in the mental hospital as well as to outline the cultural and social circumstances that had determined their very hospitalisation. This type of source allows for the reconstruction of life experiences that, although centred on suffering, are not limited to it. The women’s autobiographical representation testifies to existing mechanisms of female exclusion and repression, especially as far as those belonging with the lower classes is concerned. The authors of these autobiographies are ordinary women, usually housekeepers and mothers, who are overwhelmed by conditions of indigence, social isolation, and violence, both public and private. While their autobiographical production is contemplated and permitted as part of their therapy, it nonetheless represents for these women an opportunity to escape the threat of alteration of their personal identity within the mental hospital and re-establish a form of contact with life itself.