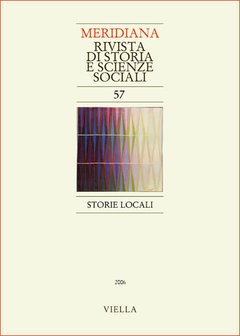 The calm after the storm. A municipality dissolved under allegations of Mafia infiltrations
The article deals with the issue of city councils dissolved for alleged Mafia infiltrations, towards which the socio-political literature has shown, until now, little interest. Since 1991, when the normative law that provides for the dissolution became effective, roughly 140 local administrations have been subjected to this procedure. Most of the dissolutions took part in the earlier years of the enforcement of the normative law. On a territorial level, almost the totality of the dissolved municipalities belongs to the areas of traditional Mafia settlement (Calabria, Campania, Sicily and Puglia). After a brief discussion on the features of the law, on its birth and the problems relative to its enforcement, the results of an empirical research carried out in the town of Lamezia Terme (CZ) will be shown. Of all the municipalities that underwent the procedure of dissolution, Lamezia Terme is one of the largest on a demographic scale. Besides, in just over a decade, the local administration has been dissolved twice. The research is based on an integration of inquiry techniques that include: review of the press, interviews of qualified witnesses, use of a structured questionnaire for new town-councillors. The results of the research underline the weakness and the scarce cohesion of the local political class as well as the inadequacy of the normative law on the dissolution of local administrations. These results furthermore suggest a reconsideration of this particular policy of contrast towards Mafia criminality.

Sulphur mining at Lercara Friddi: the impact on the environment and innovation techniques throughout the 19th and 20th centuries
The study analyses the complexity of the Sicilian sulphur territories marked by two hundred years of mineral exploitation and the consequent closure of the sector. The Lercara case clearly epitomises the ways and times of the technological and environmental impact created by the extraction of minerals between the 19th and 20th centuries, underlining the difficulty in the implementation of mineral exploitation projects in relation to social, local and governmental control.

Unhealthy factories in towns and villages: silk spinning in 19th century Calabria
In the first half of the nineteenth century, the increase of the international demand for silk caused the growth of silk-spinning in Calabria, in particular in the Reggio area. Numerous silk mills were built in towns and villages, provoking protests from the local people, who were concerned that the steam from silk manufacturing could cause health problems. As well, they were afraid of being deprived of water, a key resource. In the end, silk-spinning caused a lot of conflicts between spinning-mill owners and local residents. These conflicts were solved by the local authorities, who almost always supported the factory owners, either because they themselves were involved in silk production or because silk-spinning represented a unique opportunity for the area to industrialise.

Industrial bourgeoisie and «laissez-faire» as a policy for Southern Italy. Isidoro Pirelli and the Bari area case
The president of Industrial Business Organization of Bari from 1944 to 1957, Isidoro Pirelli, played an important role in the local economic context during the second post-war period. He became a symbol of a development culture based on the idea of a progressive opening up of markets; on the hypothesis of an alternative solution to extraordinary government intervention in order to exploit inner resources and private business forces; on the utopia of a capitalism free from political decisions. The following essay aims at investigating the «rise and fall» dynamics of the economic culture represented by Pirelli and doomed to yield to pressing reasons of a government intervention in the Southern Italy.

Development and hidden productive areas in Sicily This paper intends to present a novel approach to the emerging and evolutionary dynamics of local development. Through an empirical research, conducted in Sicily, where we found a small cluster/district specialized in production of rubber and plastic items, we show how the process of formation of a local productive system is not necessarily the result of a path dependent process. Specific historical events, on the initiative of individuals or communities, may produce a rupture with the past or may speed up social-economics process that normally happen in the long time. So, even in those areas which do not have the same social, political and productive inheritance like the most developed context it is possible to achieve a process of economic development. Moreover, we attempt to provide a critical analysis of the Italian district politics, and that of its regions, that are unable to allow a management of the resources addressed to the pursuit of strategic objectives, that is, the territorial re-balance of the investments or the support of the already existing productive localisms. The actual formulation of such politics show their weakness to prevent collusive and distributive behaviours, in order to benefit from public contribution, and their incapability to prevent dispersion of local patrimonies of entrepreneurship and specific productive knowledge.

The studies on the southern Italy towns in contemporary age: between southern Italy history and urban history
During the last two decades, due to various methodological drifts the historiographical research has critically reassessed the views on advocacy of Southern Italian cities, not only as the gravity centres for commercial interests, but also a privileged space for political planning and establishment of élite. Main contributions have emerged from both urban historiography and from social and politicaladministrative historiography. Though originating from different perspectives, these researches share a common interest in the broad topic of «modernisation» of contemporary Italy, or in this case, of Southern Italy.

Happiness and economic policy: towards an happy marriage?
Economists seem to have discovered (or rer-discovered) happiness and are more and more aware that happiness is a different goal from Gross Domestic Product. However, making happiness the main concern of economic policy is not as easy as it can appear. The paper draws attention to some of the more serious problems that such marriage is bound to face.