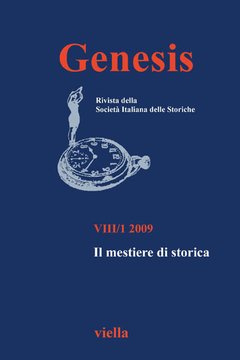 The History of women in Spain
This brief paper does not pretend to show the whole path of the History of Women in Spain, but to draw a kind of shared genealogy with the rest of Europe and to outline any differences, where they exist. The History of Women and Gender History, in our country, share general patterns and stages similar to those existing at the international level until the second half of the twentieth century; however, the aforementioned “third wave” of the feminist movement and of Women’s Studies had to wait until the end of the dictatorship in 1975. Thereafter the History of Women has been one of the most innovative and rapid developing areas of research; initially it was influenced by French and Anglo-American historiography, but has reached at present a high level of development regarding approaches, methodologies and topics that allow it to take a place within the international historiography.

Educational Discourses and Gender in Contemporary Spain
The object of this text is to reflex upon the genesis of the relation between education and citizenship in Contemporary Spain. We will focus on how women perceive education inequality as discriminatory and their demand for the implementation of universal systems of education. As will be shown, there are parallel processes to those that sought civil rights for women. Finally we will study the emergence of the thinking behind the differences and the real demands of the education policies regarding equality. And these processes will coincide with their petition for their rights. But this time for the same civil and political rights for all, that is to say universal citizenship.

Feminism in Spain during the transition from dictatorship to democracy: contributions and problems
This article analyses the context in which feminist associations emerged during the last-Franco regime and during the period of transition to democracy in Spain, the role they played, and their contribution to both the legal and regulation change and the social transformation, within a hostile environment, in which they had to clash not only with the men opposition, but also with the incomprehension of numerous women, who were conditioned by national-catholic and patriarchal education that dominated during Franco Dictatorship.

Equality and Difference in Italian Historiography
In this essay the author argues that the continuing gender discriminations experienced over the last decades has led many Italian women to fall back on themselves and funnel their frustrations through an embrace of differentialism. In this context, historiography has failed to achieve the authority and the power it deserves, and is negatively affected both by a reluctant male scientific environment, and by the indifference and insufficient support of female intellectuals.

Women’s and Gender History in France: the Early Modern History The French École des Annales and the Nouvelle Histoire provided a favorable context for the development of historical researches about family, sexuality, mentality, in the Early Modern period. It was much more difficult, in spite of this, for feminist French historians to be accepted by their colleagues. However, two handbooks of Early Modern Women’s History were published in 2003: this means that Women’s History is now part of the curriculum in French universities, in spite of the fact that feminist historians refused to create independent Women’s Studies Departments. Some question arise: did Women’s history loose its political impact? Is it, as Christiane Klapisch-Zuber suggested, now accepted just as a simple variant of social history “French way”?

Gender as an aid of analysis in French Modern History
This essay explains the woman’s history’s (in the XIX-XXth centuries) beginning in France with Michelle Perrot in 1973, the evolution with gender’s history and the present history’s writing with the gender’s concept.

From Comparative to Entangled History
In women’s history and gender history – much like in the other historiographic approaches that have arisen since the 1970s – comparison has not so far played a great role as a systematically applied method. This is due probably not least to the concepts that – particularly in the German-speaking world – have been associated with comparative history. State and nation have traditionally constituted the classic units of comparison, thus making the method’s proximity to master narratives more or less a foregone conclusion. More recent approaches born of postcolonial research, such as that of “entangled history”, seem to be more compatible with the approaches of women’s and gender history in terms of their theoretical bases. Like these, entangled history starts from a concept of history as “non-unity” (Karin Hausen) in the sense of ambiguity and multiple modes of relevancy. It would therefore be desirable to empirically probe the potential of this approach outside of postcolonial studies, as well.