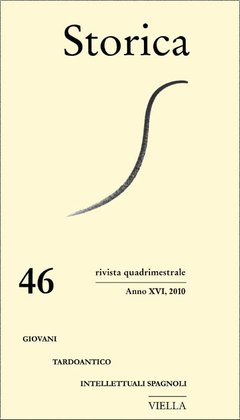 Youth in France: the genesis of a social identity
This essay explores the historical construction of the category of youth in France through the lens of the historiography devoted to the subject in the last forty years. Because social scientists had often caracterized youth as a temporary stage in an individual life-cycle, it is difficult to build a coherent historical category of youth. Each generation seems to stand alone in conflict with the previous one. It is possible to bridge the gap by pointing to the main moments of change in the concept of youth history. Reviewing the ways in which historians had been dealing with youth from the middle ages to today in France, this essay highlights the many facets of youth activities within the family, the military and the many peer groups that have been studied. Youth rituals function as essential ways of reproduction of the hierarchical family and society into the modern era. It is paradoxical that the studies devoted to youth have become, after the decades of social upheavals, much more centered on the delinquent youth, or the gendered aspect of social control of youth. The author argues for the adoption of an encompassing theoreti- cal framework that could give the young their right place as full historical agents.

Spanish intellectuals and the Great War, an exceptional case?
This article analyzes the role of Spanish intellectuals during the First World War from a comparative European point of view. The very small number of books and articles on this subject form the basis of a historiographical review of the most recent studies. A tentative answer is then offered to the question of how exceptional the Spanish case is in the European context.

Social welfare in post-WWII Italy, between continuity and missed reforms. Annotations on a historical debate
This article reflects on the problem of the missed reforms of social welfare and the continuity in social assistance between the birth of the Italian Republic and the end of the 1950s. Through a critical dialogue with the most recent historiography, the essay examines key points in the political, institutional and technical debate of the age, and offers elements for the interpretation of their aspects still neglected by the existing historiography.

A discussion with Bryan Ward-Perkins
This is the first part of a two-part forum on Bryan Ward Perkins’ The Fall of Rome and the End of Civilisa- tion (Oxford-New York 2005). W.-P. addressed the great theme of end of the ancient world and the transition to the Middle Ages with the objective of challenging the categories that have prevailed among scholars in the last few decades – particularly that of «late antiquity» – and the way in which an era of Western history has been re- interpreted as one of continuity, rather than sharp break, and of compatibility and osmosis, rather than conflict, between cultures. The first text by Luigi Canetti explains why a discussion is needed and compares the «neo-or- thodox» positions of late antiquists with W.-P.’s thesis. The second and third texts, by Andrea Augenti and En- rico Zanini respectively, offer the crucial perspective of archaeologists. The fourth text, by Alba Maria Orselli, represents the equally crucial point of view of religious historians. Zanini’s and Orselli’s essays, as well as a reply by Ward-Perkins himself, will appear in the next issue of «Storica».

Passion and purim
James George Frazer carried out in an early edition of The Golden Bough a comparative analysis of the Jewish tradition of Purim in relation to Christ’s crucifixion. Frazer’s essay, never published in Italian, has recently been re-proposed in a new edition by Andrea Damascelli together with an essay by the German art historian Edgar Wind on Aman’s crucifixion by Michelangelo in the Sis- tine Chapel. This article offers elements for a discussion of both Frazer’s and Damascelli’s work.