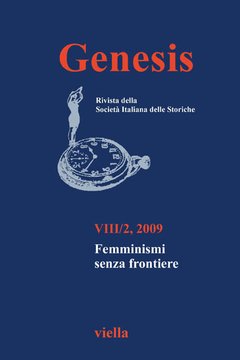 Rome 1923: the Congress of the International Woman Suffrage Alliance
Where votes for women had been fought for but not won in the aftermath of the Great War, suffragists found themselves operating in an altered political context. Challenges to liberal understandings came from both the left and the right. Even more decisive was the state courtship of women’s political aspirations. This paper examines this epochal change in the international woman suffrage movement thought the lens of its Italian division. In the same year that Mussolini took power, the international woman suffrage movement met in Rome to chart out its postwar policies. This paper concentrates on this 1923 conference, exploring both its national and international implications.

Pan-American and Atlantic Feminisms, 1920s-1930s
“International feminism” was in many ways an offshoot and a product of the Atlantic world: a site of historical trajectories and interchanges that helped influence, generate and shape the expansion of − and subsequent challenges to − monarchy, colonialism, slavery and patriarchy. But feminist internationals also reflected prevailing North/South tensions, particularly those between the United States and many Latin American republics. This article focuses on the small but historically significant League of Iberian and Hispanic American Women and two of its leaders, Mexican Elena Arizmendi and Uruguayan Paulilna Luisi. Founded in the early 1920s, the League attempted to build upon existing Pan-Hispanic networks and the unifying concept of “La Raza” to create an alternative to Us and Northern European dominated feminist internationals. By the 1930s, growing polarization unraveled this already fragile coalition, as the group’s leaders and members moved right and left in response to the rise of fascism and anti-fascist popular fronts. The history of the League highlights North/South divisions within international feminist coalitions and the opportunities and challenges of forging Pan-Hispanic counter-coalitions in the inter-war years.

At the Origins of a Transnational Pacifist Utopia: Rosika Schwimmer and the Founding of the Campaign for World Government (1937-38)
In the late 1930s, Hungarian-born and Us-resident feminist and peace activist Rosika Schwimmer (1877-1948) felt that the League of Nations was failing miserably in dealing with the tragic breakdown of the international order, and that the Women’s International League for Peace and Freedom, of which she was a co-founder, was slow in grasping the depth of the impending tragedy. With the help of her American friend Lola Maverick Lloyd (1875-1944), she launched a new “non-national” organization of “internationally-minded men and women”, the Campaign for World Government, devoted to spreading the gospel of a new democratic, non-military world federalism, based on anticolonialism and gender-inclusive popular self-rule. With her utopian thrust and distinctive voice, Rosika joined a transnational conversation on the politics of world federation which, at the time, was overwhelmed by the coming of the war. This article, based on the extensive Schwimmer papers held at the New York Public Library, details the bold launching of the Campaign, and its first timid steps.

From Marxist Internationalism to Global Neoliberalism: Mexican Feminisms (1970-2000)
This paper intends to deal with the dramatic transformation that impacted Mexican feminist movements from their creation in the early 1970s to the years 2000. From its inception, Mexican feminism has been nourished by international contributions and foreign activists. The first phase of its history is characterized by the integration of feminist from the rest of Latin America and a vivid leftist activism, marked by Marxism and anti-imperialist rhetoric. The global and continental transformations that affected the region in the 1980’s (democratization and neoliberal takeover) radically transformed the feminist politics and introduced a first movement of professionalization and organization. The involvement in global politics through Cairo and Beijing Un Summits in 1994 and 1995 propitiated a formidable creation of new Ngos and transnational networks that achieved to throw Mexican movements into a true transnational articulation and organization. The recent drop in funding opportunities has thereafter diminished the transnational dimension of feminist movements and recentered the actions on a local basis, leaving transnational actions to sporadic virtual campaigns.

Sisters of Perpetual Indulgence: Social Involvement, Aesthetic Subversion and Queer Spirituality
The Order of the Sisters of Perpetual Indulgence is a transnational organization of queer activists − ironically dressed as nuns – involved in many different projects and campaigns, ranging from the fight against homophobia to the prevention of sexually transmitted diseases, to the assistance of people with Hiv. Born in the peculiar radical gay milieu of the 1970’s San Francisco, the Sisters are currently operative all over the world, from United States, to Australia, South America and Europe. The essay traces the history of the organization devoting a special attention to the dimensions of camp irony and queer spirituality, which characterize all the different forms of Sisters’ activism.