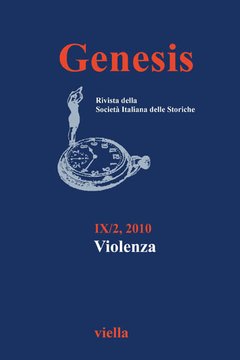 A contribution to the history of the “culture of domestic violence”\ Marital violence was once a physiological and accepted part of marriage, legally until the end of the Ancien Regime, socially well beyond that. It must also always be remembered that ‘unreported’ violence was – even more than it is today – a phenomenon of vast proportions, despite the fact that the wives of the Ancien Regime were not in the least resigned to marital oppression, and that medieval and modern institutions were often anything but inattentive when it came to dealing with the worst excesses of abuse. What remains from court documents detailing so many ‘conjugal hells’ is just the tip of the iceberg. Domestic walls concealed all kinds of violence, sometimes serious, sometimes fairly innocuous, sometimes not even considered as such and accepted with resigned fatalism. A certain interpretation of marital violence has, formally speaking, definitively passed, but the mentality of the old order continue to spread in the society.

The manly virtues.The family strategies of a sixteenth century mother\ Joanna Fabbri, wife of Theseus Rasponi, plaid an important role in Ravenna in the first half of the sixteenth century. She was a head of the family − the most important of the city − and the Ghibelline faction. To preserve Rasponi’s House power she administered the family property as well the lives of hers children (especially daughters). She needed to preserve the political and economic family assets and that led her to force the daughters and grandchildren to become nuns, almost all against their will. Joanna case study shows how difficult it is to speak of a gendered style − as was done in the past − when it concerns political and economic interests. Joanna case shows also what was already established in the mid-sixteenth century, the awareness that the political future depended on the culture of the lineage and the closure of the patrician oligarchies closed and selected by their ancient origins. The women of the family, who were no longer need to make multiple bonds of alliance, could be sacrificed and forced into choices not shared, even if the head of the family was a woman.

Domestic violence in Abruzzo early modern age\ The article attempts to shed light on forms of domestic violence in Early modern Abruzzo. The first cause for such tensions, inside the families, was the widespread system of seasonal male emigration towards Rome and the nearby countryside. Since many migrants were afraid of being cuckolded during their absences, their apprehension caused many misunderstandings which often resulted in violence. Dowry was another cause of strained violent relations. Documents clearly show that if a man delayed the payment of the dowry to his son-in-law, the latter occasionally would go as far as murdering his wife. At the same time, because of the dowry system, the wife’s male relatives felt they had a right to intervene in conjugal life in order to put an end to domestic violence. Thus, they played a role far more important than that played by tribunals in regulating marital behaviour.

(Dis)honor and migration: honor killings and the islamic community in Italy\ Among some ethnic groups, especially in the global South, women involved in “illicit” sexual acts are considered to bring dishonor to their families and subsequently become victims of the so called “honor killings”. When they migrate to countries whose social and sexual customs are in deep contrast with their owns, these groups tend to perpetrate these awful crimes. Although Islam does not preach any kind of “honor killings”, they mostly take place inside the Muslim communities, especially the Pakistani and the Turkish ones, as the concept of “honor killing” stems from the patriarchal structure still dominating these two societies, particularly (but not exclusively) in the rural areas. Some “honor killings” recently committed in Italy showed how, paradoxically, these crimes abroad produce even more negative effects than they do at home.

The fight against gender violence in France: an inside view\ In the 70s, a group of women starts in a French medium-sized town an association for fighting against conjugal violence towards women and manages a shelter for the victims. Many of these groups were created simultaneously in several towns, and they coordinate themselves in a movement, called Solidarité femmes. The local associations and the national federation obtain that conjugal violence towards women is better known and recognized, and they get some results in their fight. But conjugal violence is like an hydra, whose heads perpetually grow again, and the actual debates threaten to dilute its comprehension in new forms of commonplace treatment and deny.

Male violence against women and legal instruments\ This paper raises the first problem of definition of gender violence and the problem about the classification of different types of violence (in the form, according to the continuity of behaviour and according to the relational context). In the Italian legal system the legal instruments to fight male violence against women has changed over time. The analysis starts from the codes of the ’30s to arrive today. The milestones are: the 1948 Constitution, the reform of family law in 1975, the law against sexual violence in 1996 and measures against violence in family relationships in 2001. The analysis of legal written texts (conducted at various levels: state, regional, European, international) should be completed with the analysis of jurisprudential applications that shows the rules in facts (effectiveness).The gradual overcoming of patriarchal logic has now given way to a nefarious plot of the issue of violence with that of public safety and immigration. There is lack of a national observatory, but it is clear that women are still reluctant to use legal instruments, particularly criminal ones.