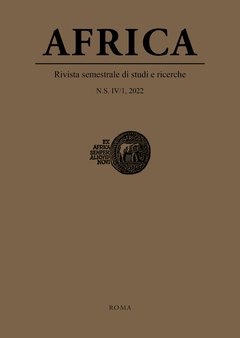 In the early 1920s, American archaeologist Byron Khun de Prorok, with private funding and the support of leading figures from the world of French archaeology, carried out excavations of a Roman domus on the hill of Juno and at the famous tophet or sanctuary of Tanit and Baal-Hammon, both located in Carthage. From the outset, one of his main objectives was to attract foreign tourists to the ancient Punic metropolis, interested in publicizing his archaeological activities; he therefore took care to musealise the sites brought to light and to preserve their material culture, as well as making film recordings to attract the attention of the general public and potential investors, whose donations enabled him to continue his research in Carthage. In particular, during the dissemination of the excavations of the tophet, he did not hesitate to publish sensationalist interpretations in the press that sidelined archaeological science in favour of the literary flights of fancy contained in Gustave Flaubert’s historical novel Salammbô (1862).

After the end of Mu’ammar al-Qadhdhāfi’s regime, the destruction of Muslim/Sūfī places of worship widely spread in Libya. This phenomenon, and the definitive disappearance of a part of the country’s historical and architectural heritage of the Islamic age, must be included in a longer-lasting political-religious conflict that already manifested itself in the first decades of the Jamahiriyya. It was the case, in 1984, of al-Jaghbūb. Only the documentary traces of the archives and historical writings remain today of the ancient walled village, which arose as a zāwiya by the will of Muhammad b. ‘Alī al-Sanūsī, gaining the role of ‘Holy city’ after the construction of a mausoleum enclosing his remains. Particularly important is the photographic documentation of the colonial period brought to light by a recent research on the photographic collections of the Biblioteca nazionale centrale in Rome: this documentation allows a visual reconstruction of al-Jaghbūb, a rare example of ‘new town’ in Libyan history before the Italian conquest.

Fianarantsoa means “Good education” in Malagasy. It was built in the early 19th century by the Merina as the administrative capital for the newly conquered Betsileo kingdoms. The Fianarantsoa Old City occupies a dramatic hilltop with a palace used by the Merina royal Governor, that is no longer there. The colonial city, located on the neighbouring hill of Tsianolondroa, housed almost the city’s major infrastructures: streets and main avenues, hospital, administrative buildings, etc., built between 1896 and 1960. The Old City is the only place in Madagascar where nineteenth-century buildings form a coherent architectural ensemble. Although the conditions of some edifices appear dire, in recent years private and public institutions have showed interest in protecting the old city’s architectural heritage by projects requiring renovation to be consistent with traditional methods.

The manifold photographic reportages and books about Asmära published in Europe, mainly since 2000, and the 2017 nomination of the city as World Heritage Site, have disseminated its iconic buildings dating from the colonial period (1890-1941) worldwide. Eritrean singers and songwriters have dedicated many songs to Asmära, which are shared worldwide through video platforms. Are the images of the city conveyed by songs and videos similar to the ones internationally proposed, or not? The contribution aims at outlining the issue of shared heritage in the contemporary context, by focusing on Eritrean points of view on Asmära and resorting to the local cultural production in the fields of music and video-making. The goal is to chronologically and topographically broaden the internationally shared image of Asmära and to include narrations by its own inhabitants and by people who acknowledge the city as the main place of both their memories and their cultural roots.