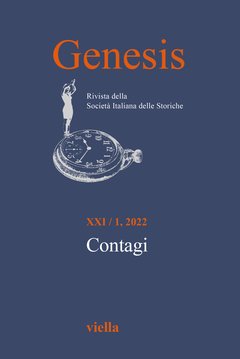 The essay focuses on an intersectional analysis of contagion addressing smallpox inoculation within a transcontinental circulation of medical knowledge and practices. In this wider framework, three different contexts are analyzed: Istanbul, Florence, and Jamaica. Mary Wortley Montagu’s letters from Turkey are the starting point for analyzing an oriental practice in the hands of women soon appropriated and westernized by English male physicians. The same pattern is evident in Florence, where English medical texts were translated rapidly, and medical experimentation involved orphaned children. The third context, Jamaica, is explored through the journal of Mary Nugent and sheds light on a colonial society where inoculation was practiced on the children of the élite and experimented on the slave population working in the sugar plantations. Issues of gender, inequality and race take center stage questioning the reinforcement of such hierarchies through medical practice, and experimentation.

Lady Tully’s letters are a reliable source for late 18th-century Tripoli and a prime source for the “Great Epidemic” of 1785 and 1786. Some reasons lie in the dense narration of the experiences, sensations, individual and group reactions seen directly by the author inside the English fondaco during the thirteen months of quarantine and in a narration filtered by the consular informants who reported what happened outside, among and within the Tripoline communities. Moreover, the author presents a kaleidoscope of theoretical, practical and emotional issues, contemplates the fruits of different perspectives, welcomes apparently disparate aspects from which, sometimes unconsciously, articulated and “comprehensive” visions of the internal and external worlds arise. Finally, the author’s attentive and participatory gaze, mainly addressed to the female universe in its many local declinations, contrasts with the dry, chronicle-like reporting of contemporary sources. The text therefore can be appreciated, in its anchoring to a certain orientalism and in its genuine impulses towards the local population, as much as the object of the narrative itself.

After Polio, from Woman to Woman. Reflections, Images and Narratives between the United States and Italy

The author examines a particular theme linked to polio epidemics that plagued the USA and Italy in the twentieth century, up to the discovery of the vaccine and beyond, with the identification of a Post Polio Syndrome in people infected decades earlier. By following the stories of women who have gone through the disease and its definitive outcomes, a choral experience is reconstructed. A document by Mia Farrow points the way to the inclusion of Polio Survivors families; Wilma Rudolph’s biography combines the theme of disability with that of racial discrimination; the life of Rosanna Benzi in an iron lung determined her political engagement.

Beyond the Closed Door. The Registra of the Turin Vicariate as a Source for the Study of Domestic Violence in the ancien régime

The article discusses the issues of gender-based and domestic violence in the ancien régime. These topics, recently at the centre of a lively historiographic attention, are of extreme importance and interest for their long-term implications and contemporary repercussions. Through the use of previously unused sources for the present purpose (the so-called Registra), the essay sheds light on the institutional and documentary reality of the Vicariate of Turin in the 18th century, bringing new knowledge related to studies on gender and domestic violence, and sexuality, but also on the history of city institutions and community equilibria.

The essay aims at reconstructing the philosophical research path of Elena Pulcini, starting from her first studies on the Frankfurt School up to her interests towards the ecological crisis, within the theoretical framework of vulnerability and global challenges, during her final years. Particular attention has been devoted to explore the topic of passions, their role in the definition of a new kind of Individualism, also through the inclusion of a feminist perspective. In Pulcini’s work the centrality of the category of care is shaped in relation to the idea of justice, amplified to assume a global meaning. The final part of the essay stresses her proposal for an ethical transformation of the individuals, thanks to passions like empathy and compassion.

Anna and the Others. Women and Cultures beyond the Mediterranean

This Forum dedicated to the late Anna Vanzan, an Iranist and a scholar of Islam, a university lecturer, a member of the Sis and of the S.C. of the journal «Genesis», and former member of the Society’s board of directors, who died prematurely in December 2020. Well-known not only in the academic milieu thanks to her activity of dissemination and translation of contemporary Iranian literature, she devoted her intense research activity to the history of women and gender in the Islamic world, contributing to deconstruct established stereotypes, highlighting the richness of a dynamic and anything but pas-sive reality. Her contribution to the knowledge of Iranian culture and literature has been fundamental, and in 2017 she was awarded the MIBACT lifetime achievement award. This Forum comprises several entries, presented from different points of view, related to her many and wide-ranging activities, analysing her scientific and literary translation production, considering her activity as a teacher, especially appreciated by students, and finally recalling her path and contribution in the Italian Society of Women Historians.