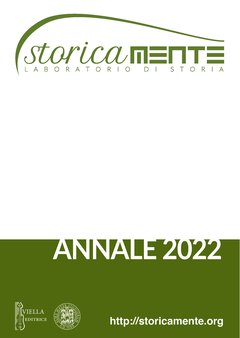 This introduction aims to explain the lines of research of a group of scholars, brought together in a joint project on the history of sacrifice from the late Middle Ages to the modern world. Taking into account the theoretical framework formulated by a long tradition of studies on sacrifice, the group compared different historical contexts, focusing on the emergence of religious sciences, biblical commentaries, self-sacrifice and the idea of martyrdom, sanctity, the global missionary context, European approaches to sacrificial rites in Asia, and the relationship between the idea of crusade and the doctrine of sacrifice.

It was not difficult for a foreigner in China to get killed. China was the country that resembled Ancient Pagan Europe most closely and thus it was the perfect place for martyrs. Nevertheless, among the many Jesuits who suffered persecution, tribulation, imprisonment and torture, few of them suffered death for hatred of their religion. Such an absence became a matter for disputation among the religious orders over the Chinese Rites. If bloodshed was a requisite for the spread of Christianity, the lack of martyrs of the Society of Jesus was proof that the type of Christianity they preached in China was not the true faith, but an adapted and compromised version. Among the first observers of this peculiar absence of Jesuit martyrs in China was Bishop Juan de Palafox y Mendoza (1600-1659), one of the main opponents of the Jesuit method adopted in China. In his writings, the absence of Jesuit martyrs became the confirmation that the adaptation practised by the Jesuits had denied the Christian message its most subversive power and witness to the faith.

After reviewing the scholarly debate on the sacralization of war and the symbolic centrality of Jerusalem in the notion of crusade, this essay focuses on the propagandistic elaboration of the Holy Land image in the context of the debates of the Avignon period, paying specific attention to the works of Marino Sanudo. In this context, the temporal distance from the first crusades and the need to assert continuity with their tradition enhance the recovery of the image of Jerusalem, the place of Christ’s sacrifice and of the crucesignatus’s military and penitential itinerary.

The article highlights the political view in the novella L’Albergo by the Ferrarese author Maiolino Bisaccioni. The analysed text, unpublished in an annotated edition, gives a tacit view on the relationship between the sovereign and his collaborators. Generally, it offers a portrait of the 17th-century court. In this work we wanted to emphasise how fundamental is the testimony of Bisaccioni, who, as a politician and secretary at the service of many, on several occasions he expressed a personal opinion about the art of governing.

Traditional feasts (the Palio in Siena), celebrations of the local patron saint (Festa del Redentore); events organized by long-standing charitable organizations (the Purgatory lunch in Gradoli), festivals staged by political groups (the First of May, Festa de L’Unità, or the Lega festivals), or even the replica of a 19th Century political banquet staged for the 150th jubilee of the Italian Unification provide important occasions for communities. Diverse as they are, they are all characterized by commensality and sharing of local food.

The book published by French medievalist Catherine Verna L’industrie au village (2017) raises a double question: on the one hand because it uses the term industry in reference to the Middle Ages, and on the other because it associates the same term with the village, i.e. rurality, whereas medieval industry – at least for those who think it is possible to talk about industry during these times – is traditionally associated with cities rather than the countryside. In the introduction of the book, Verna conducts a historiographical review of the concept of industry, limited to only French medievalists. This paper endeavors a similar review but focused on Italian historiography, illustrating how the concept of industry appears no clearer to Italian medievalists than it does to French ones. In addition, it discusses the definition of industry proposed by Verna – in order to determine whether it is appropriate or not to talk about “industry in the pre-industrial times” – and analyzes what the author means by the expression “industry in the village”. In particular, it pays attention to the concepts of small town and industrial district developed by Verna within her case study (the Pyrenean village of Arles-sur-Tech and the Vallespir localities in the 14th and 15th centuries), i.e. two concepts that constitute valuable interpretive keys for the history of medieval and modern Italy.